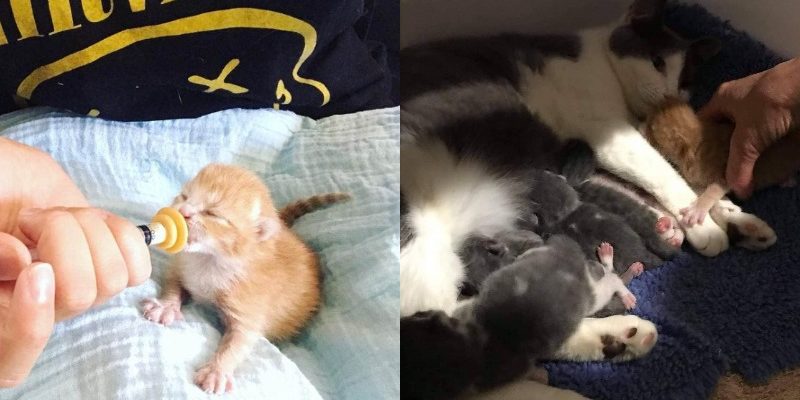 One day, a small red-haired cat was found in the garden of a house. They immediately contacted an rescue organization for help.

The cat was a newborn and it was natural that he could not survive without help.

They first decided to explore the area because they thought there might be other kittens in the area, but found nothing. 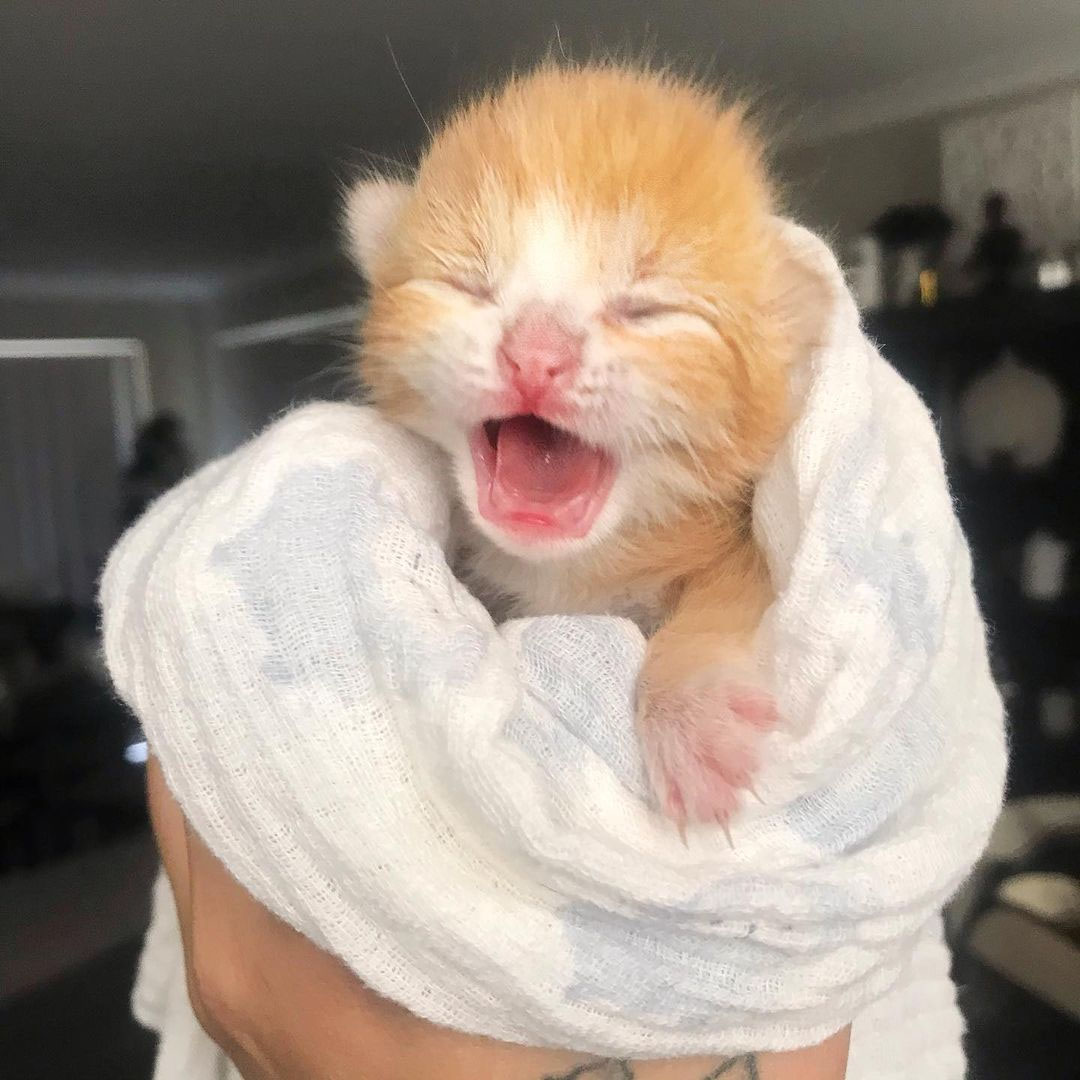 He was then taken to a veterinarian for assistance. The cat was named Cobain and everything was done to make him feel safe and calm.

He was under constant surveillance because he was very little and when he stayed alone he started crying.

The cat was looking for a adoptive mother everywhere, because he needed motherly care. So they posted an announcement on Facebook. 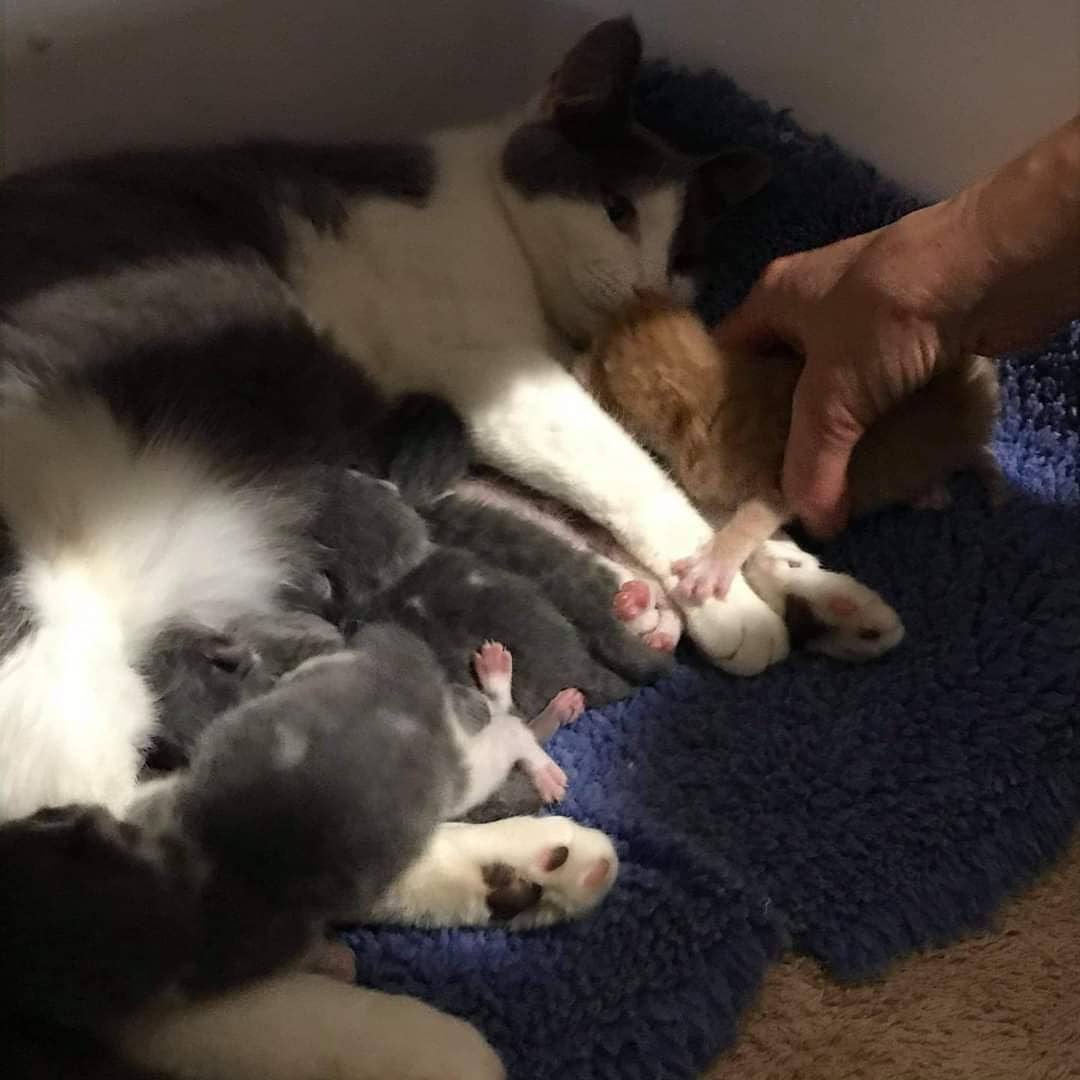 A few days later, a pregnant cat was brought to one of the local shelters, which gave birth to 5sweet kittens two days later.

When the staff of this shelter saw the announcement about the little kitten, they immediately contacted them and offered to take the kitten to them.

They were sure that the mother cat would take care of the baby like her other kittens. 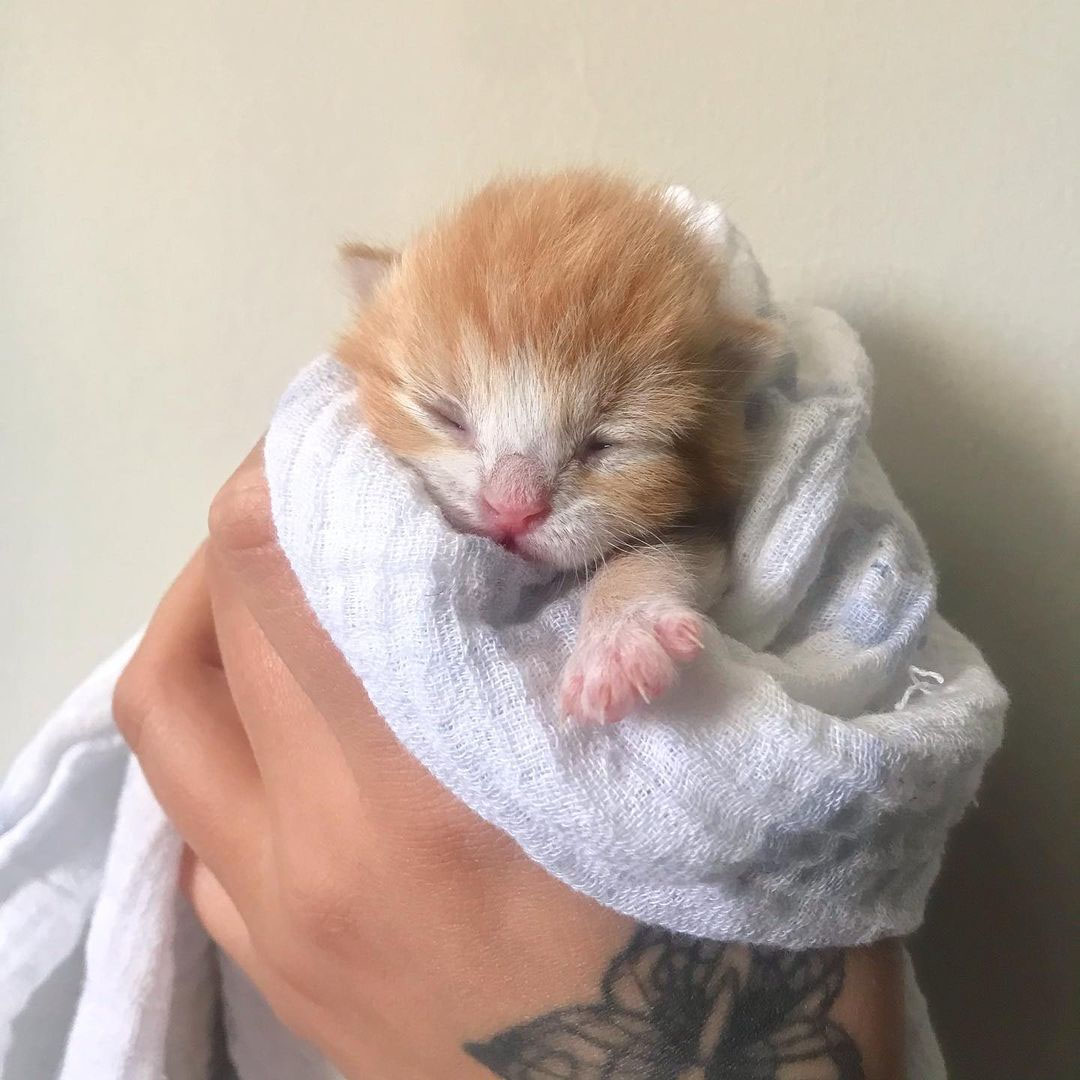 From the first day on, the mother cat welcomed the kitten perfectly and gave the motherly love and care that the cat needed the most.

She was also warmly welcomed by her new siblings too and also they spent a wonderful time together.