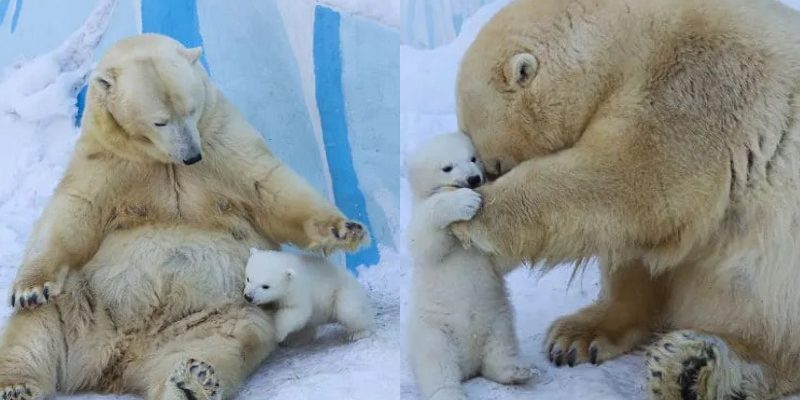 After spending the last few months in the den, the mother bear and her sweet cub came out for the first time and started playing in the snow.

Those amazing moments were recorded by cameras. They are so wonderful.

They went out together for the first time to enjoy the snow. 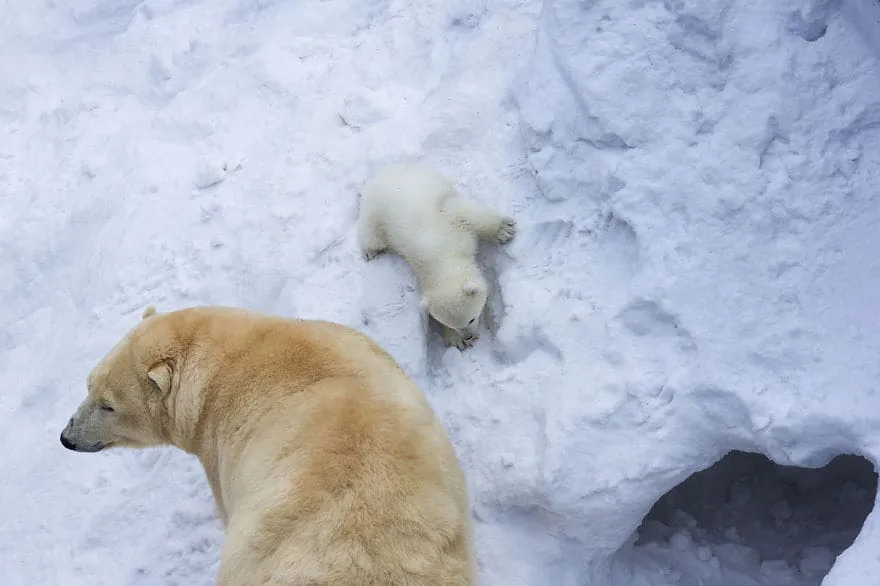 Of course, the kind mother had seen many winters in her life, but this is the first time with her baby who has not seen snow since birth.

They are located in the Zoo of Novosibirsk, which is one of the largest in Russia.

The cubs always feel very helpless in the first few months after birth, so they turn to their mothers for help. 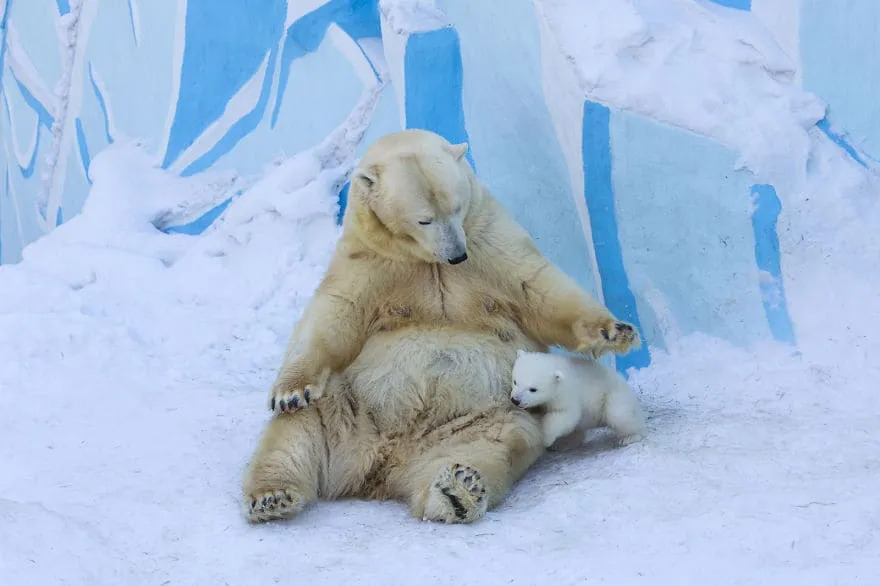 He was lucky, because his mother takes great care of him.

They do not come out of the den until the baby cub is strong enough.

The polar bear cub was already a few months old, so they went out to breathe some fresh air and enjoy the snow. 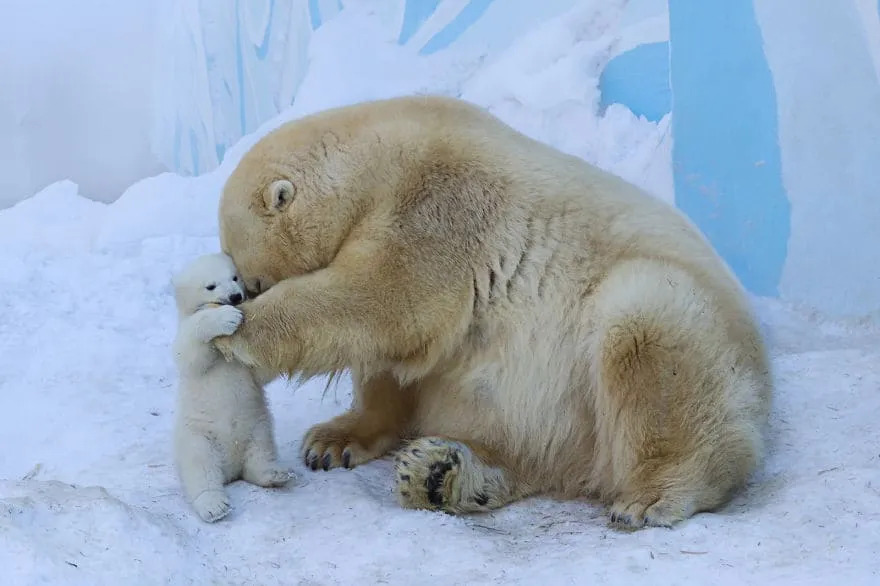 The baby’s father still can not approach them, as his steps and behavior could have some unpredictable consequences, so the staff does not want to take risks.

The adorable baby was scared at first after seeing so much snow, but after a while he started enjoying it with his caring mother, who carefully watches over him.