Such a heartbreaking scene. After being separated from his lovely cow the dog started to cry 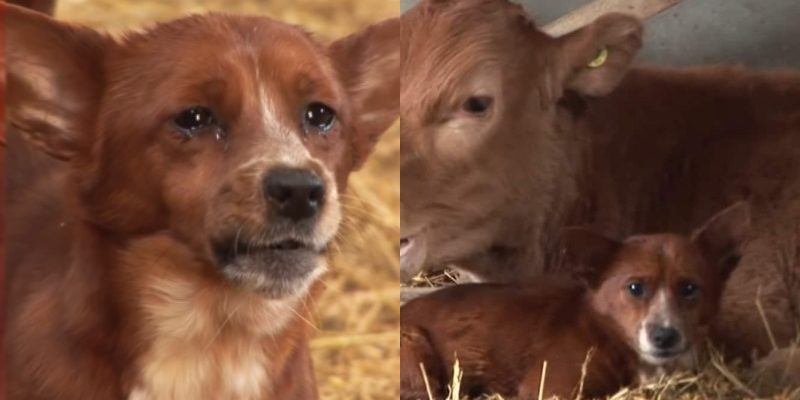 Animals often have stronger emotions than humans. The family noticed that their little dog, named Rookie, had a strong connection with one of their cows.

He was running and playing with a cow. He even used to sleep on the cow’s back, accepting him as his mother.

Despite the great differences between their sizes and types, they became great friends in a short time. But one day the owners had to separate them. The owner of the cow could not afford to take care of the cow, so he decided to sell it. 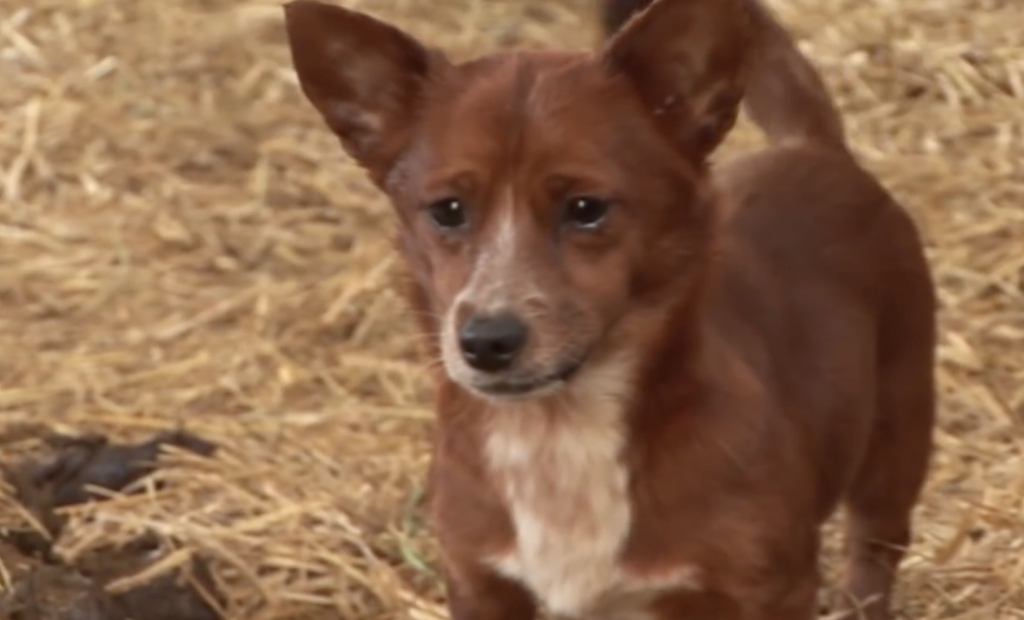 The dog was unbearably broken. He even started crying. It was very heart touching. When he heard a very familiar voice, he ran in the direction of the voice.

He was running down the city street looking for his friend. His master was calling to him, but he was still running after the cow.

He finally found the cow in the barn in front of the city. The dog happily jumped on the cow and started licking it. Unfortunately, the owner soon came and took him home. When they seperated again, he screamed and cried again. Rookie even refused to eat. 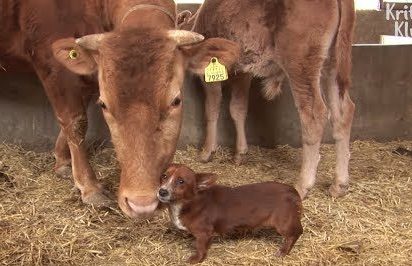 Suddenly one day he saw a head on the threshold of the barn booth with him. It was his favorite cow. The family decided to bring the cow back and find a way to take care of her because Rookie was so attached to her.

The little dog just could not control his excitement and joy. The reunion of the two was such a heartbreaking scene.

This incredible connection between a dog and its cow – is so touching.