Our story today took place in the USA, in the city of Anderson. A girl named Michelle Smith worked for an animal control organization and often encountered various problems that street animals got into.

One day, the organization received a call from children who reported that they had heard the voices of a dog and a cat in a forest ravine. 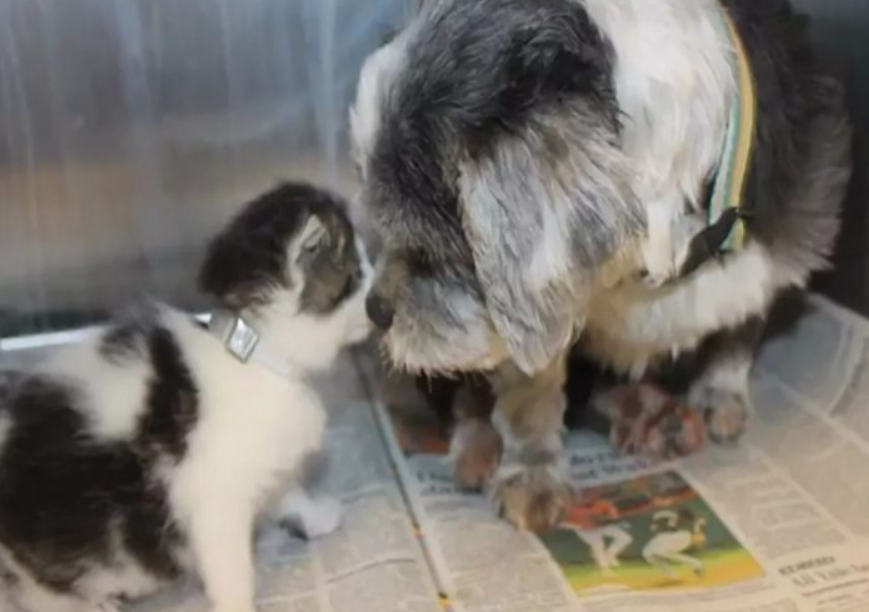 After some time we managed to find this ravine. The girl immediately went inside and saw an unusual sight: a small dog was lying on the ground, entangled in large prickly branches.

When the girl came even closer to him, she found that the dog was injured, and the little kitten was clinging to it – shaking with fear. 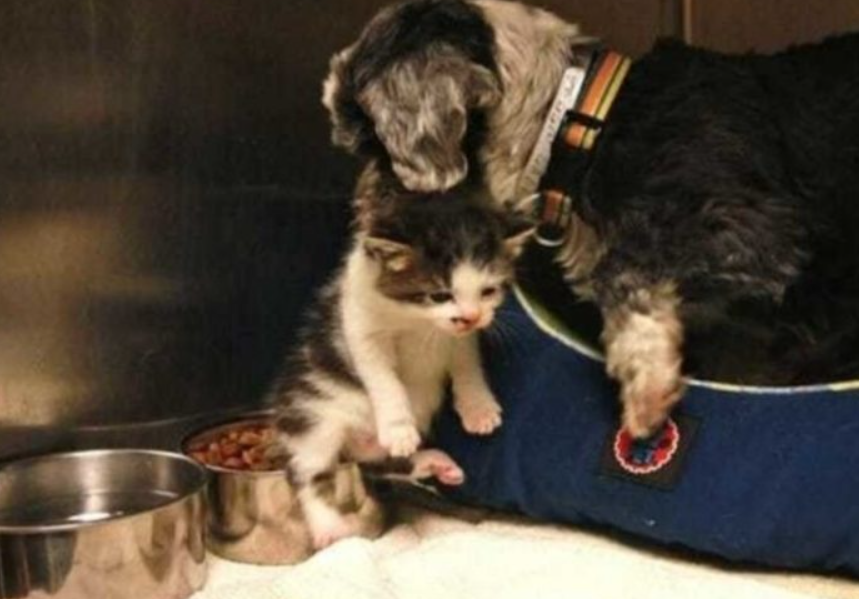 Maybe the dog was running around this area and heard the cry of a small kitten that fell into this ravine and immediately decided to save him.

Michelle welcomed them to her organization. The dog continued to take care of the kitten all the time. 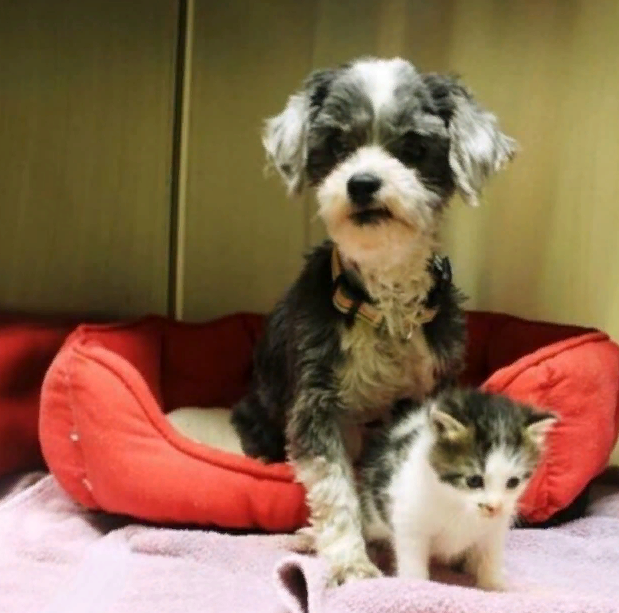 Later, when the animals came to their senses, Michelle found them good owners, but even then they were also lucky. They were immediately taken to the same house at the same time.