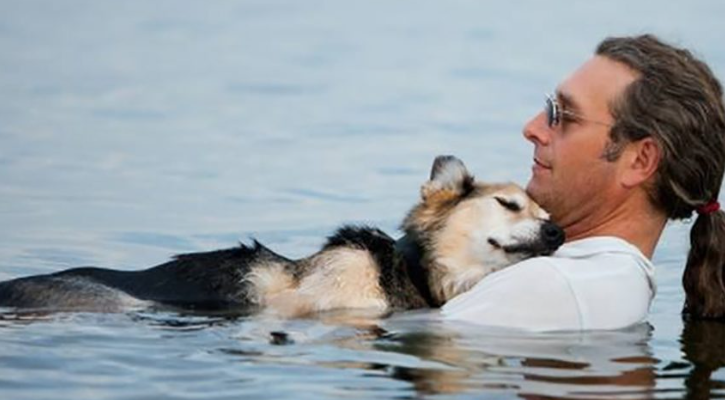 The story of a dog named Shoup immediately spread across the Internet when touching photos of him and his owner John Unger appeared there.

Their photos became world famous within a few minutes of being shared.

There you can see how the dog was sleeping peacefully on his owner’s chest. They were in lake Wisconsin. 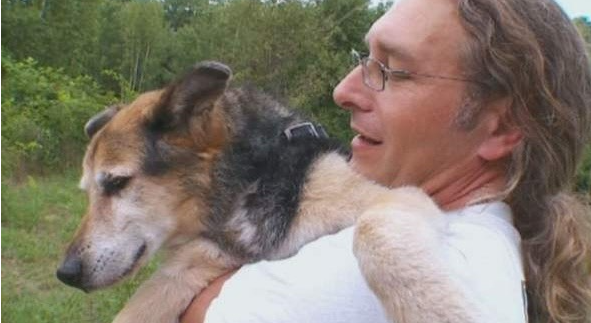 But that’s not all, because the photo had a very exciting story behind it, which cannot leave anyone indifferent.

It captured the attention of hundreds of thousands of people around the world. The incidents took place in 2012.

Schoep was a 19-year-old dog who suffered from arthritis.

Since he was in terrible pain, his father decided to take him to the lake every day to alleviate his suffering at least a little. 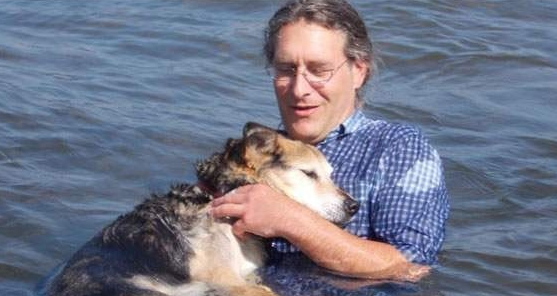 The caring father hugged his dog and went deep into the water.

The reason is that the water alleviated his pains and helped the dog to feel calmer. As the pain began to subside, he fell asleep peacefully on her owners’s chest.

John also shared an event about his life that left a big mark on his life and Shoup helped him get out of that situation. 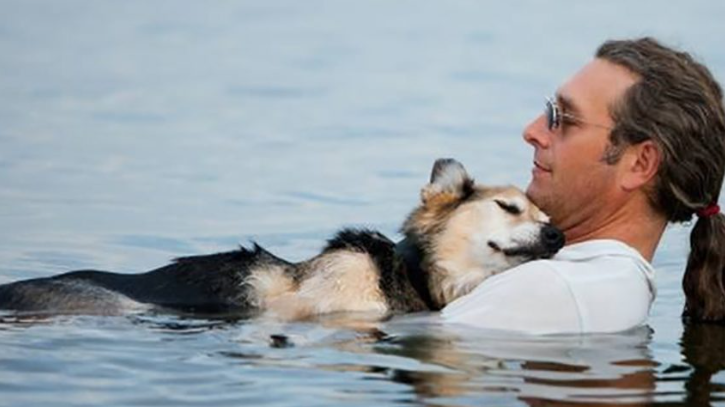 At that time, he had broken up with his girlfriend, whom he was going to marry, and even mentioned that he woke up every night with suicidal thoughts, but Shoup was by always by his side…

He also mentioned that everything he did for his dog was the least he could do for him.

The vet said that unfortunately his condition was getting worse and it would be better to put him to sleep. 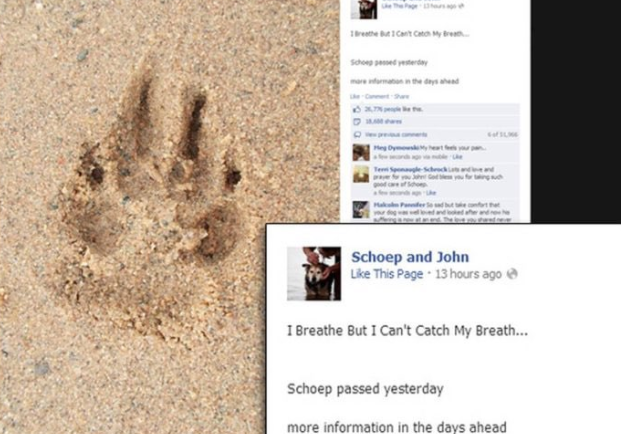 Realizing that soon he would lose his best friend, one day he asked his girlfriend to take a picture of him together with Shoup, which will remain in the memory of thousands of people all over the world.

It was July 18,2013, when John posted the tragic news that his beloved dog passed away…