On a road trip, the couple met a poor little dog who couldn’t stop smiling at them… 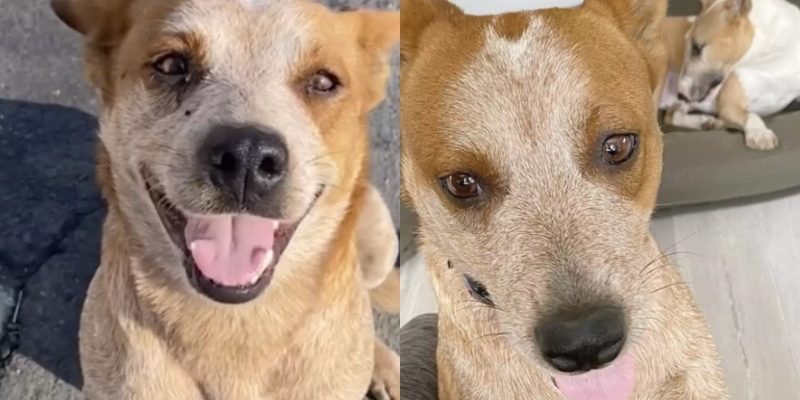 “She came and stood in front of our car and looked at me like she was asking for something.”

The family was on a road trip with their doggy when they decided to stop at a gas s tation along the way.

While she was waiting for her husband, she saw a little pup that seemed to smile at her. 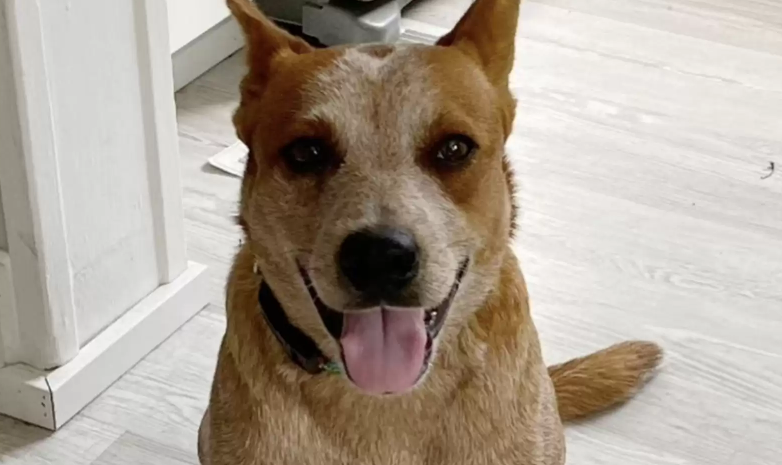 ”It was terribly hot outside so the poor baby tried to hide from the heat.”

Wong thought maybe the dog belonged to one of the locals in the area, so she started asking the people in the area to get accurate information about her.

But it turned out that the gas station was not too happy about the dog’s presence. 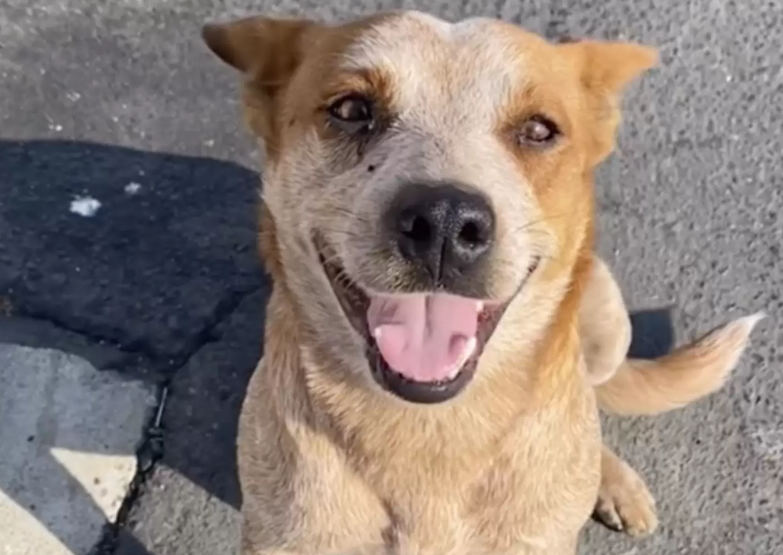 Then Wong gave her food and water. The dog’s eyes began to shine with gratitude. Only thing she wanted was love and care.
She was either abandoned or she had been living on the streets for a long time.

They named the dog Kaya and of course they couldn’t leave the dog there, so they decided to take her on a trip with them until they could find some kind of shelter for her. By the time they returned home, Kaya became very attached to them․ She was like a little magnet who followed them everywhere.

The next day, they took the dog to the vet, where she was given the vaccinations so that she could be ready for adoption.

However, the family also had become too attached to Kaya so they couldn’t imagine their life without her. She communicated so sweetly that managed to melt everyone’s heart. 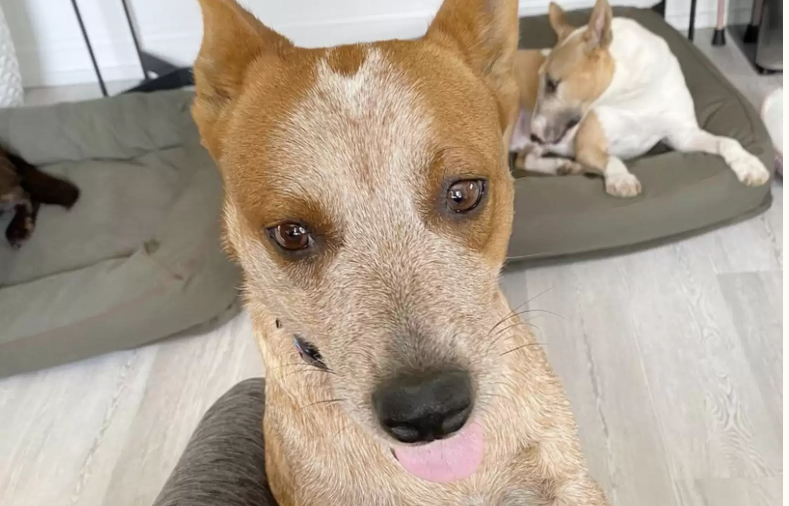 Sothey decided to keep the baby. Months have passed since that day and Kaya feels great.

She has so many toys that sometimes she can’t decide which one to play with.

As the couple mentioned, she is the sweetest, loving and sociable doggy they have ever met.