When his adoptive parents came to take him home, the blind kitten jumped into their arms and hugged them 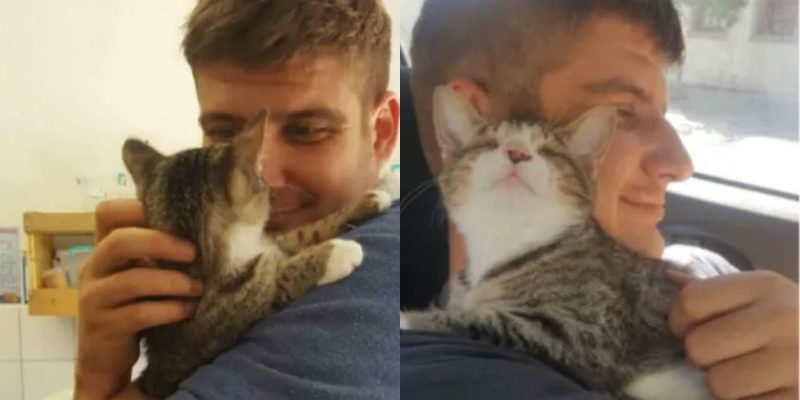 June is a wonderful cat, which was found in the streets al alone and brought to DARG.

Unfortunately, the cat is blind and also has other health problems.

Apparently, he lost his mother due to some circumstances and was left completely alone, wandering in the streets. 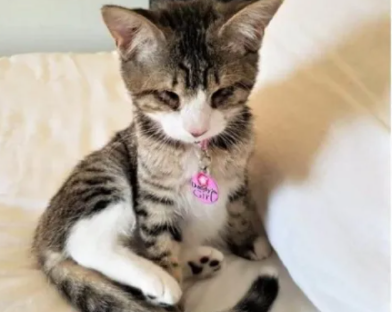 She decided to take care of the kitten until she was fully recovered and ready to be adopted.

According to the volunteer, the cat was very active and joyful,and despite his blindness he felt very well and was absolutely no different from the other cats. 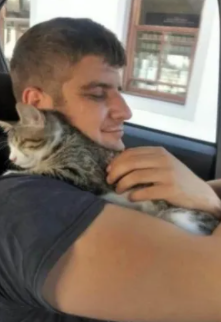 He loved to run and play all day. He was so kind and always ready to give so much love to everyone he met.

When the story of June spread on the internet, a kind couple saw him and they immediately fell in love with the cat at first sight.

Fortunately, they did not worry that the cat was blind and decided to go and adopt him immediately. 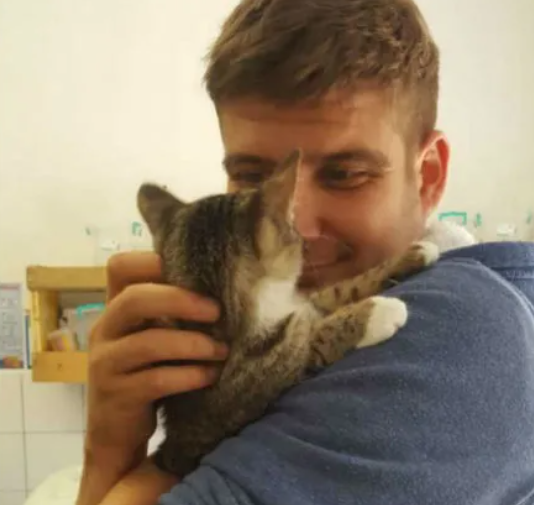 They were ready to give June the warm home he wanted, where they would love and care for him, cause baby deserves the best.

Their first meeting was just wonderful.  When June felt the presence of his new owners, he immediately climbed into the woman’s arms and seemed to hug her.

He hugged his father’s shoulder and did not move for some time. 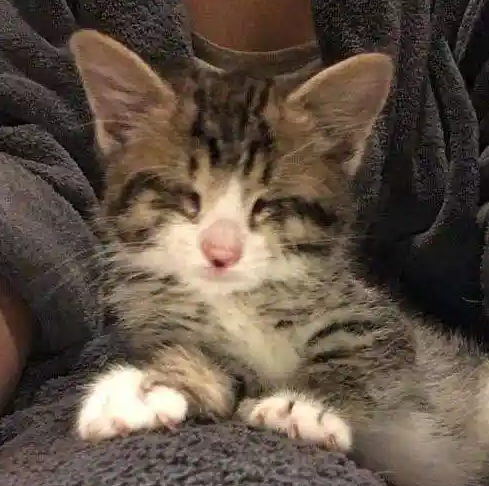 June now lives in his new home, where there are two other cats.

They get along very well with each other and are very happy to have found each other.

The sweet cat filled their lives with great love and warmth.