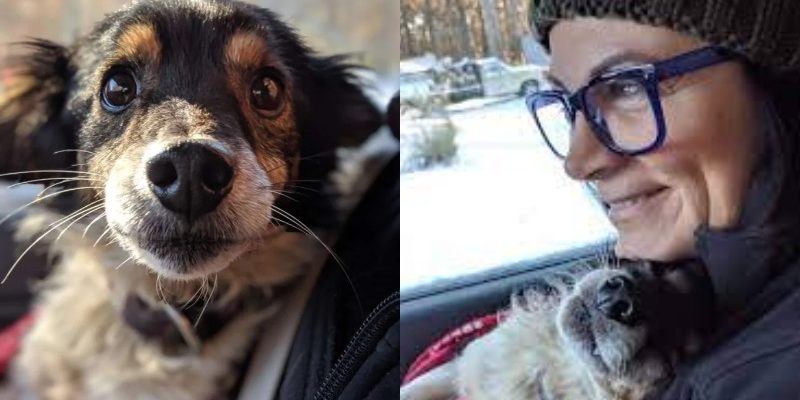 Roscoe did not know yet what difficulties awaited him because of cruel people.

Despite being chained, he still felt good and trusted his owner.

At first he had food and water, but when it finished, he was very sad and anxious. He waited every day with the hope that someone kind would notice him and save him from those bad conditions.

The days passed, but the dog was still sitting helplessly on the street. It was getting colder and also started snowing.

It was such a cold night that the dog had no hope of surviving. Finally a kind passerby noticed the poor dog and contacted with the animal shelter. The volunteers immediately rushed to his aid.

Knowing the condition of the dog, they were most afraid that they might not arrive on time, and the dog would freeze in that unbearable cold.

Fortunately, they managed to save the dog. The dog was terribly weak and emaciated.

The poor animal was trembling from the cold. When he noticed his rescuers, he started to jump. The staff quickly wrapped him in a blanket to keep him warm and took him to a shelter. After a while, the dog felt calmer and began to express his gratitude to those kind people. A “smile” finally appeared on his face.

Now he is infinitely happy and when he sees people, he immediately starts wagging his tail and jumping.