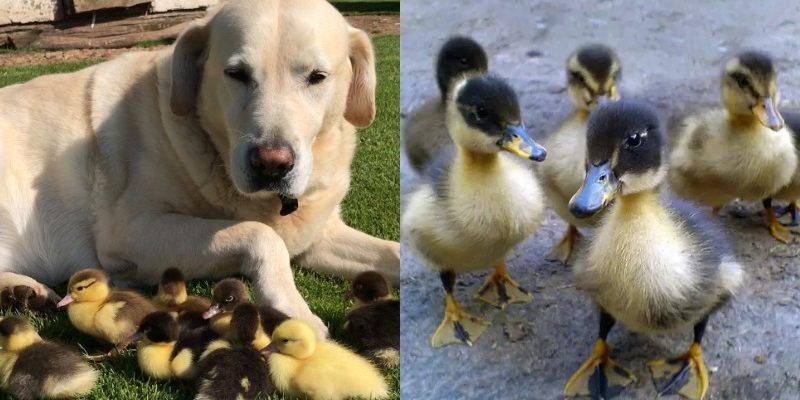 Fred lives in Mount Fichete, Essex. He has been brought up very well since he was a pup and he is an infinitely loyal and intelligent dog.

aAfter being restored, the Norman castle has become a very popular place for tourists.So Fred patrols the area.

As a baby, he was taught to be very careful with all the little creatures and, if necessary, to take care of them. On one occasion he even took care of a little squirrel who, after living for six months in the castle kitchen, was released into the forest.

A duck family lived not far from the nest, and after the ducks came out of the eggs, the fox took their mother for his dinner. 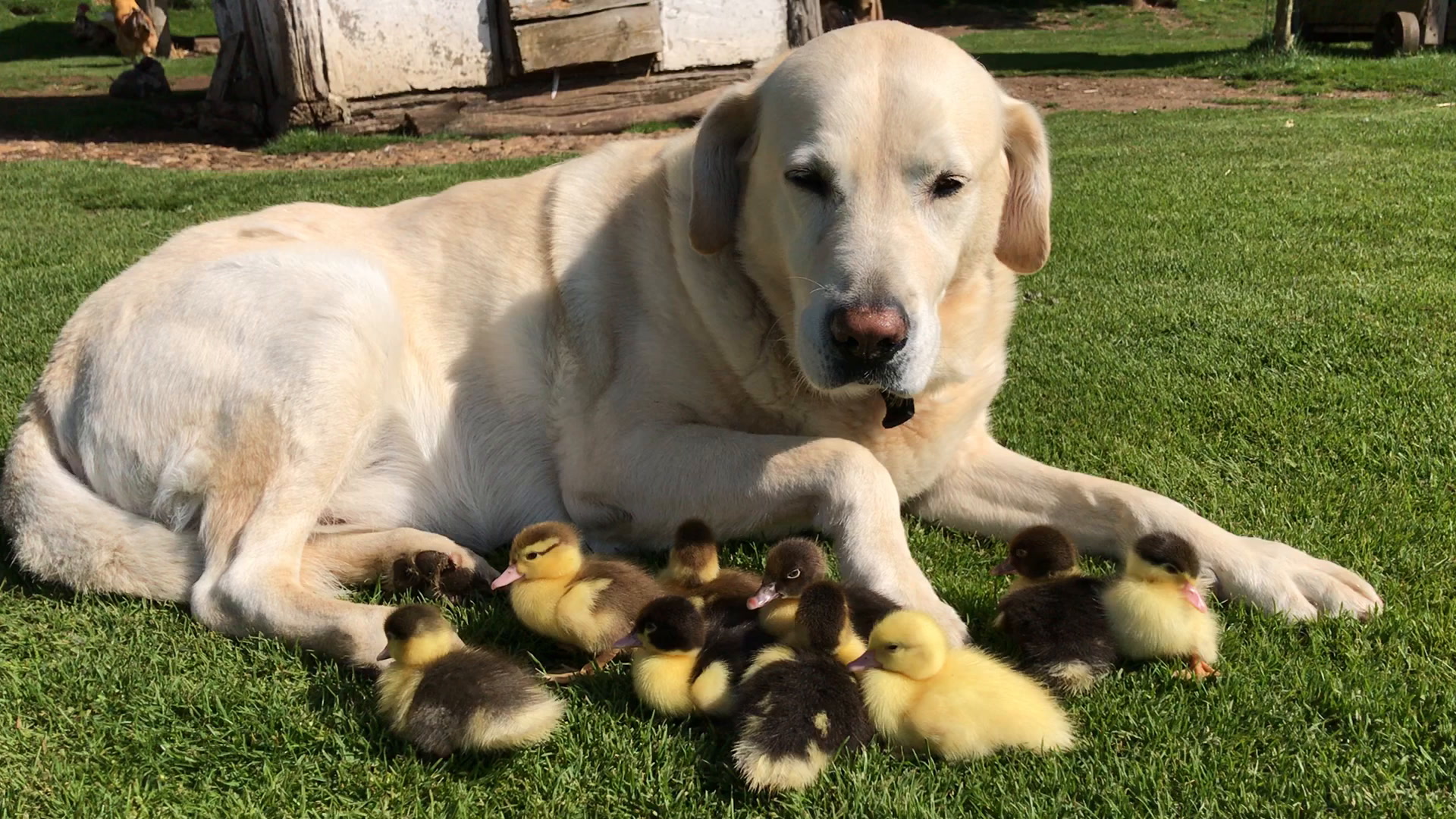 Unfortunately, the babies were left without their mother and people were thinking of some way to help them.

At that age it seemed almost impossible to survive without a mother, but not for this dog.

He had already thought of everything. Like a father, he adopted the little one and began to care for them. He hugs them, warms them with his soft fur while sleeping and even licks them.

Recently, the father decided to teach the babies to swim. 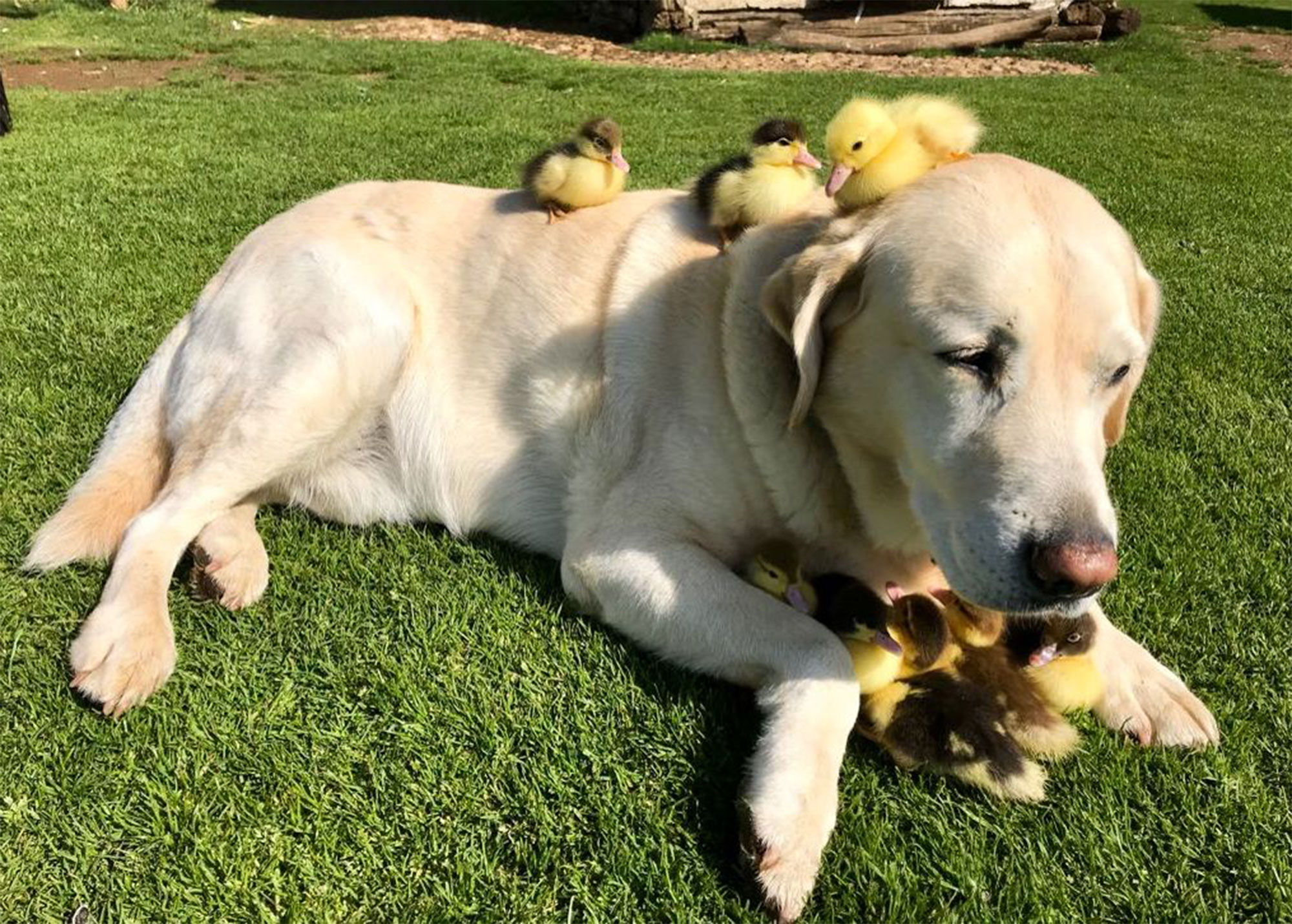 There is a place near the castle, where it is very convenient to cool off on hot days.

The clever dog even seems to understand that ducks can not live without water, so he takes them to that place every day.