A pit bull was lying in a park in Bloomington, Indiana. He was very hungry and was waiting for help from passers-by.

He looked around with unhappy eyes, still hoping that at least someone would approach him and feed him.

A stranger finally approached him. He noticed that there were signs of physical violence on him. 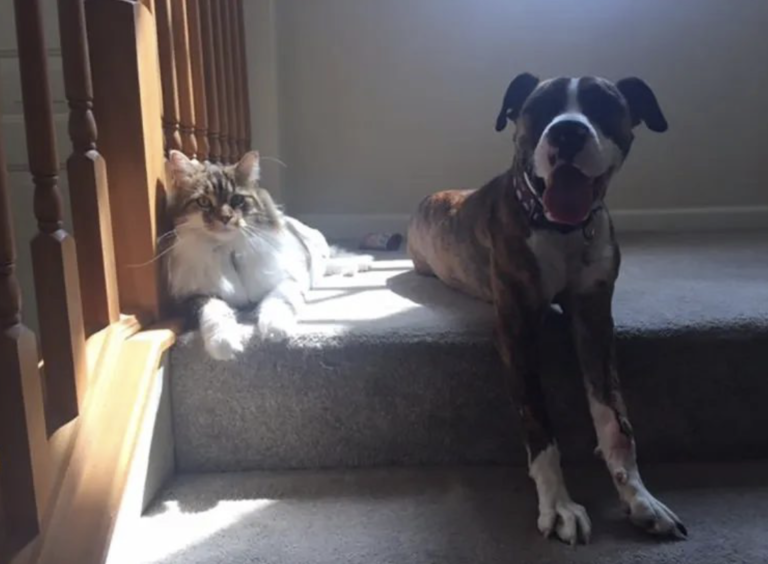 The officer came to the rescue. It was Jeff Ripley, and it was real love at first sight.

He was initially preparing to take the dog to a shelter for proper care.

The next day he was taken to a veterinary clinic. 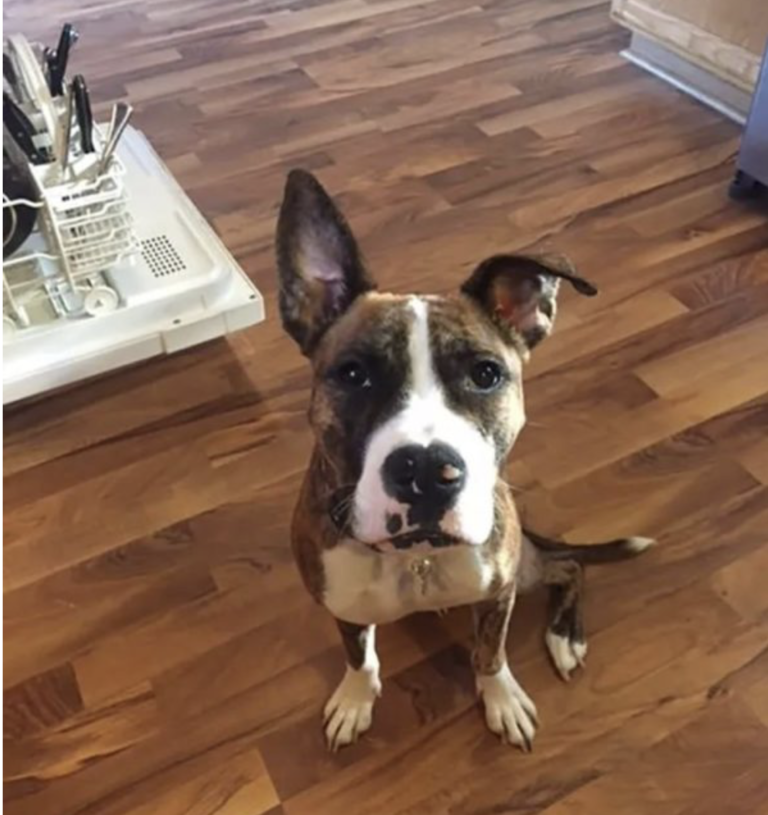 They contacted the previous owner of the dog, who mentioned that the pit bull had been hit by a car, but he did not want to take the dog back and refused to take responsibility. Daisy, as the dog was called, was waiting for a long time! She desperately needed love and care.

And there it was given to him by the caring people of the staff.

After a few weeks, he began to overcome his fears. He even started playing with his guardians and started trusting people again. 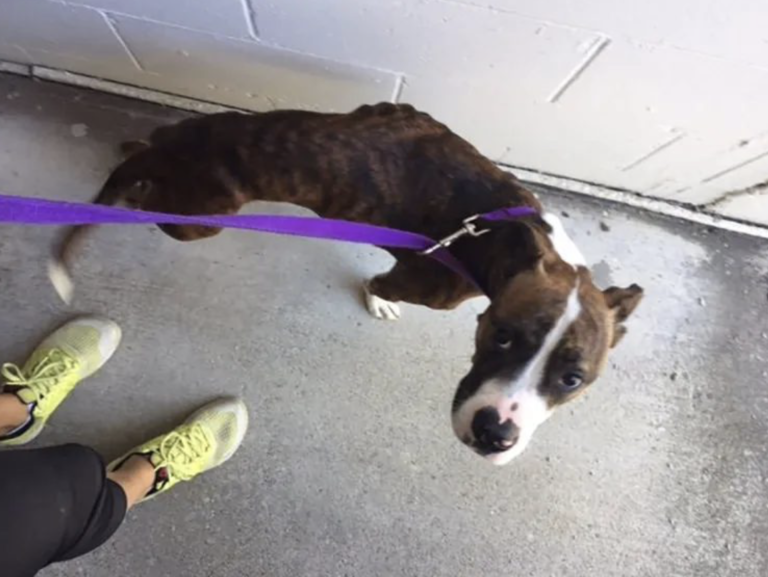 Witnessing this whole story, the policeman could not remain indifferent and decided to adopt the dog.

He says that the dog sends him to work every day, saying goodbye to him through the window.

He finally has a caring family and can sleep in a warm bed, receiving the great love and warmth of his lovely owners.