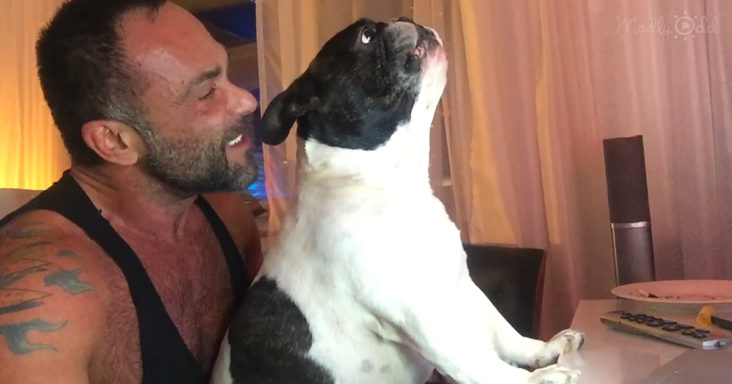 Soft music and cuddles with a loved one are priceless moments. You could get lost easily in the rhythm. A family experienced such a beautiful moment and shared it with the world.

Junior, a French bulldog, and his owner, Walter, put up an adorable show. The canine had his paws on a table like it was a piano, and sat comfortably on Walter’s lap. The subsequent act was impressive and funny. 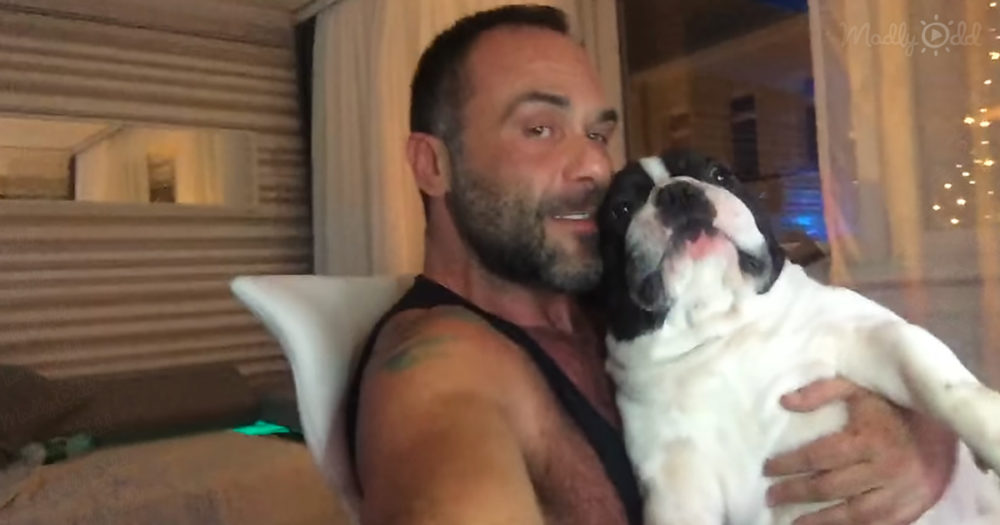 Cry me a river, a fantastic song by Justin Timberlake, played softly in the background. Walter gave the dog a soft chest rub, prepping it for their performance. Walter began singing.

Junior waited for a moment, timing with perfection for its grand entry. The dog opened its mouth wide, clearing its throat, and sounded its first note—a soft howl. Walter’s face was lit with a bright smile.

The family guy swayed his head, while his pet maintained composure. The pet let out soft howls, acting like a backup singer to Walter. Walter ran a finger across the dog’s face, like it had tears on it.

Walter rang out a baritone, it sounded like a deep trumpet note. The dog had its head slightly upwards. There was eye frequent contact and the buddies enjoyed the moment.

Walter cuddled his pet and gave it some gentle pecks. It was a moment of pure joy and love. The song came to an end and Walter planted a big kiss on Junior’s head.