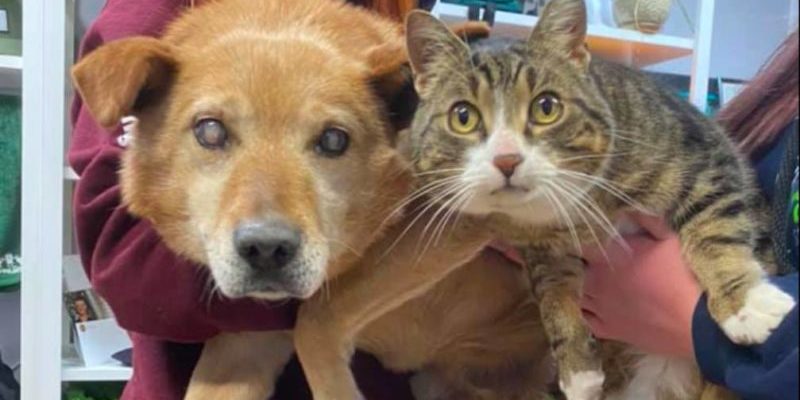 Love has such a huge power, that’s even hard to describe and has no limitations. It turns to be more amazing when it refers to the friend ship of different species of animals.

It has been proven for a thousand times that the old saying about cats and dogs’ bad relations is not true.

This is Spike, a blind dog who is 8 years old and his best fellow Max who is 8 too. 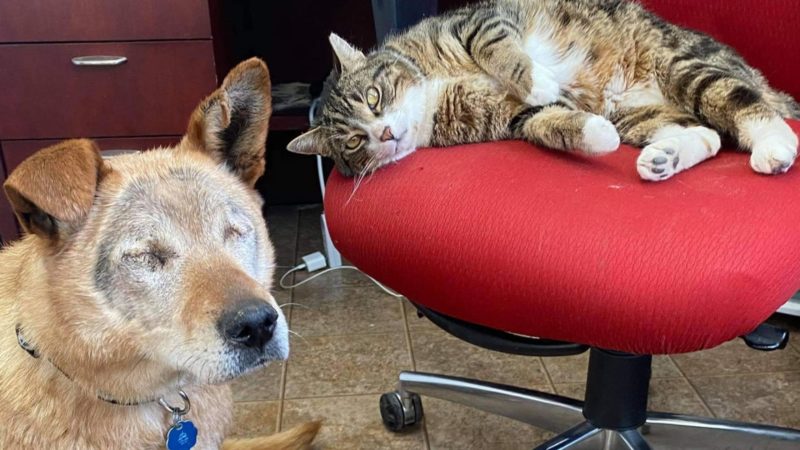 They built such a strong friendship with each other that no one can break and that inspires so much people, who meet them.

Inseparable friends were left at the Saving-Grace animal society by their owners, which is a shelter located in Canada.

The duo lived outside of their house, and their friendship started there. As Spike was blind, Max took the responsibility to be the eyes of Spike and provided lots of love and care to him. 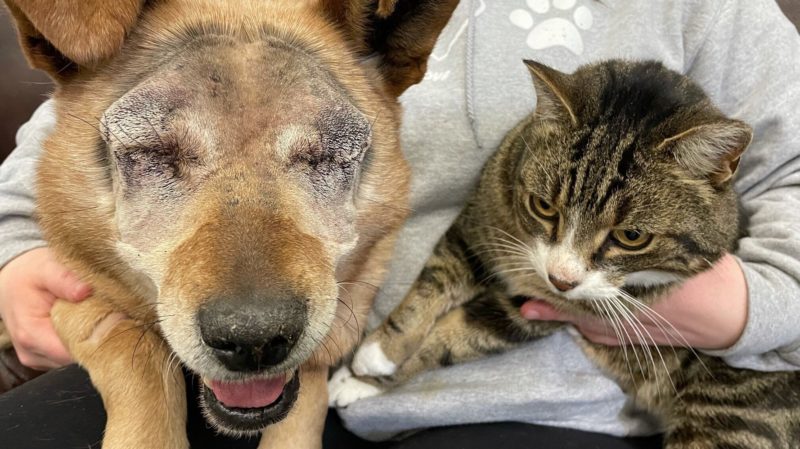 Spike had serious eye illness and suffered a lot. At last, they had to remove his eyes, which gave him calmness.

Max the cat stayed with him all the time, who gave him consolation, made him smile and hope for life.

After all the procedures the shelter posted the picture of the sweetest due hoping to find a family for them two. 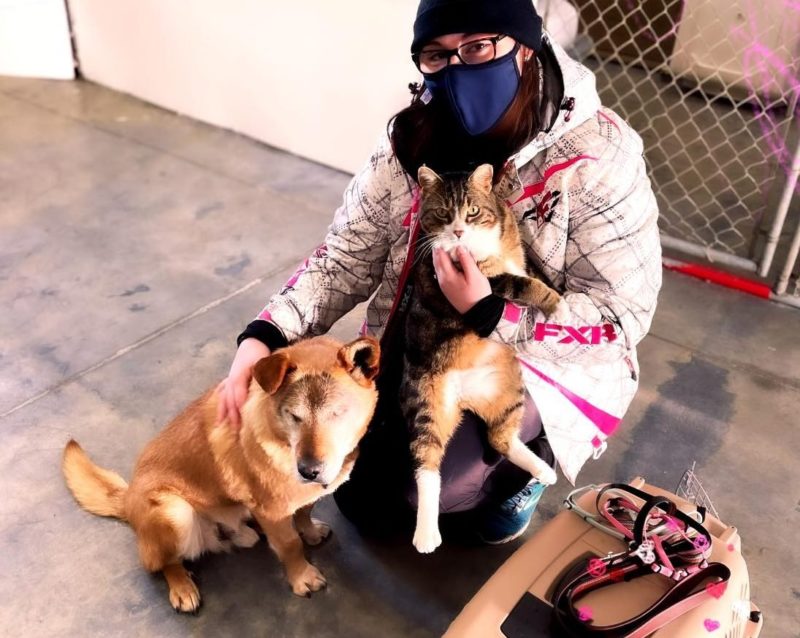 They told that Max was so funny and friendly, that did anything for his friend to make him happy and feel better.

After seeing their friendship everyone realized that it’s impossible to separate them from each other.

That’s why they should stay together. Due to the post they published they found a forever home for them and luckily they stayed with each other.

Their new home is in Manitoba. Surely, these adorable friends will have a joyful life in their new family.