Morani, 14, is now the oldest known lion alive in the Maasai Mara, a national reserve in Kenya.

Morani took the title after his brother, Scarface, passed away earlier in the year. 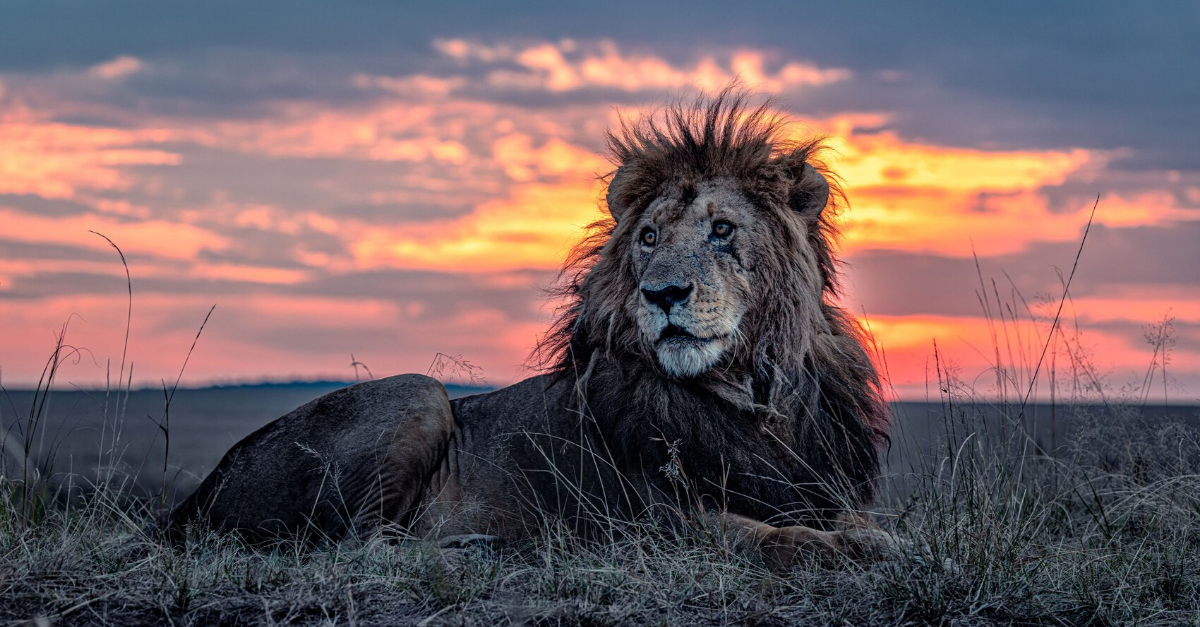 Morani, the oldest lion in the Maasai Mara. Amazing pictures show the oldest known lion in a national reserve in Kenya

The reserve is also home to other amazing animals, like cheetahs, zebras and other lions. 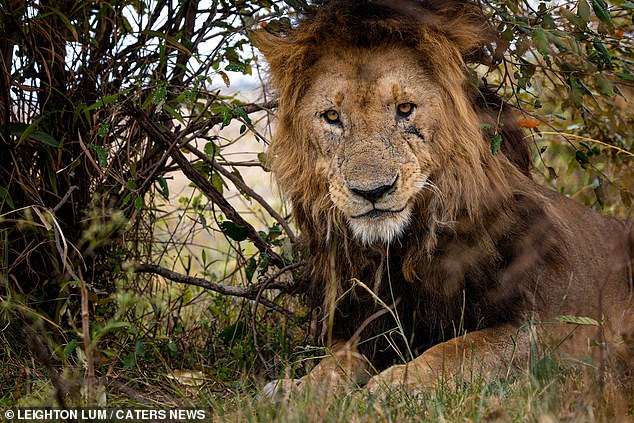 But he was the most excited to captured 14-year-old Morani the lion.

Leighton took the pictures while on a photography workshop in Kenya, East Africa.

Morani took the title of the oldest known lion in the park, following the passing of his brother Scarface, pictured below. 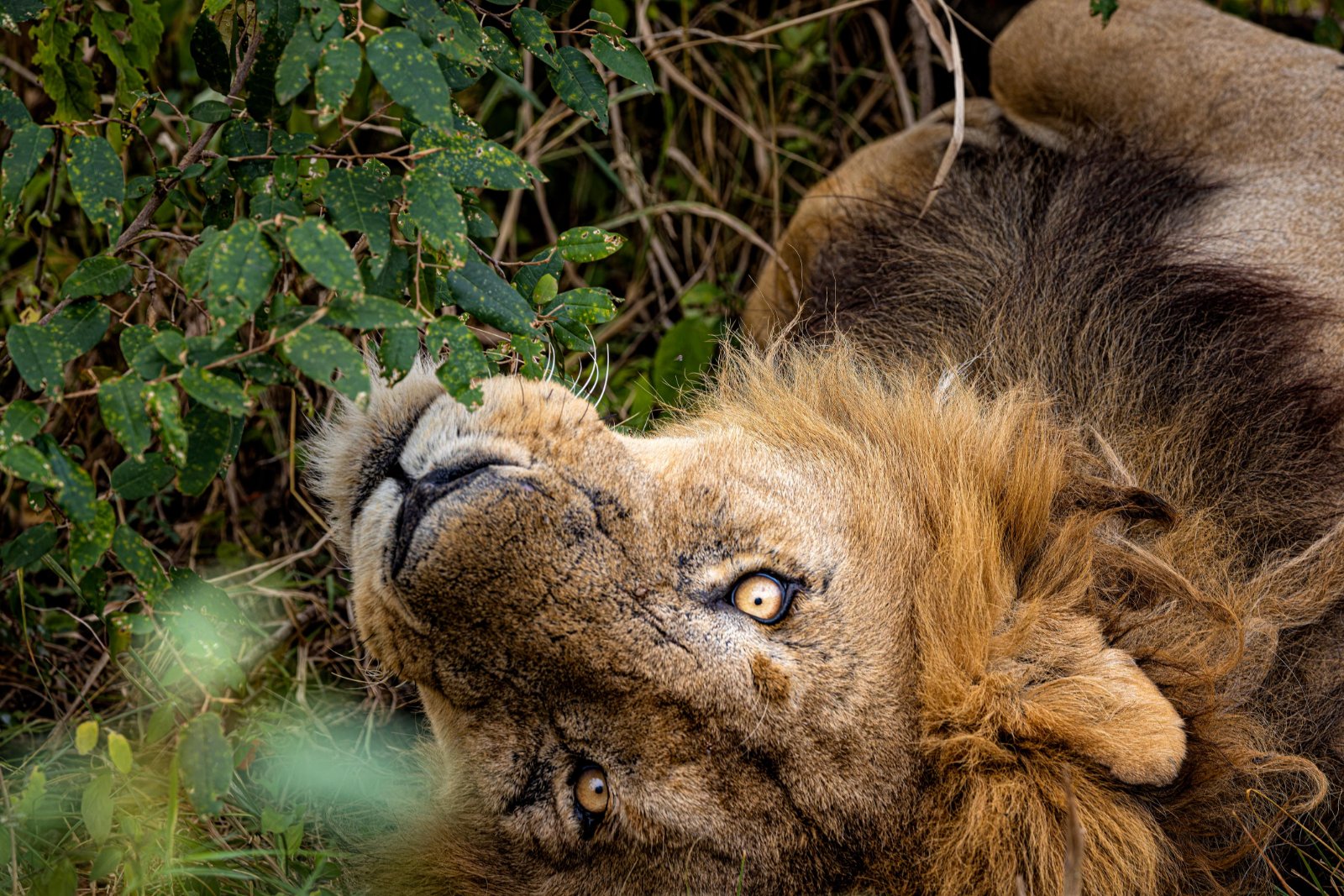 Morani became the oldest after the passing of his brother and prior record holder, Scarface, pictured, earlier this year

It was the haunting look on Morani’s face that left Lum awe-struck. 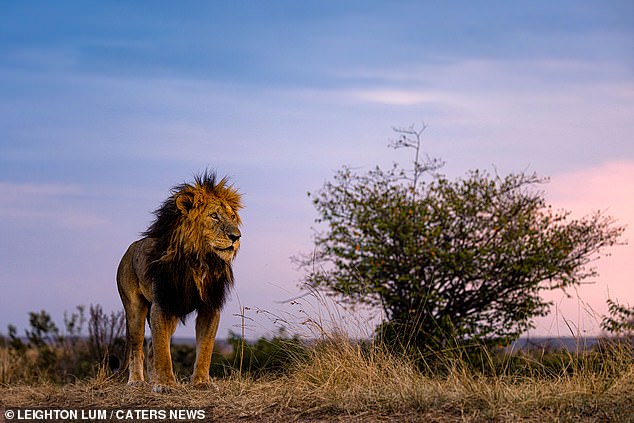 “Just by looking at his face, you can tell this guy has been through a lot. He went from a young stud leader of a pride, a king, to a retired old man who still fights for survival in the Mara.” 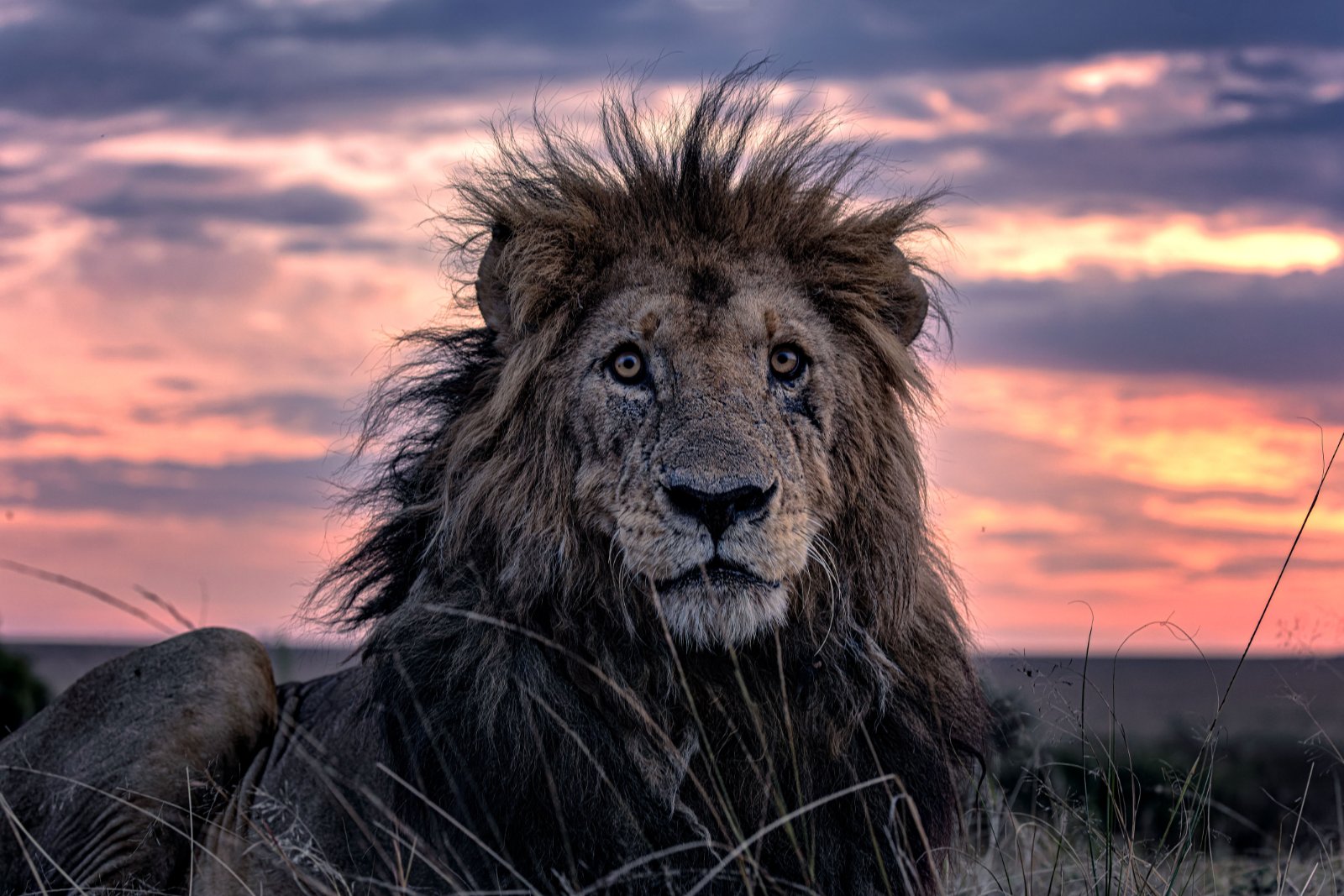 ‘Morani was a part of a coalition of four males and he’s the only one remaining out of the four.’

‘He is a lone male who has been pushed out of the pride by younger, stronger males which is a natural process in lions as the strongest males will control the pride.’ 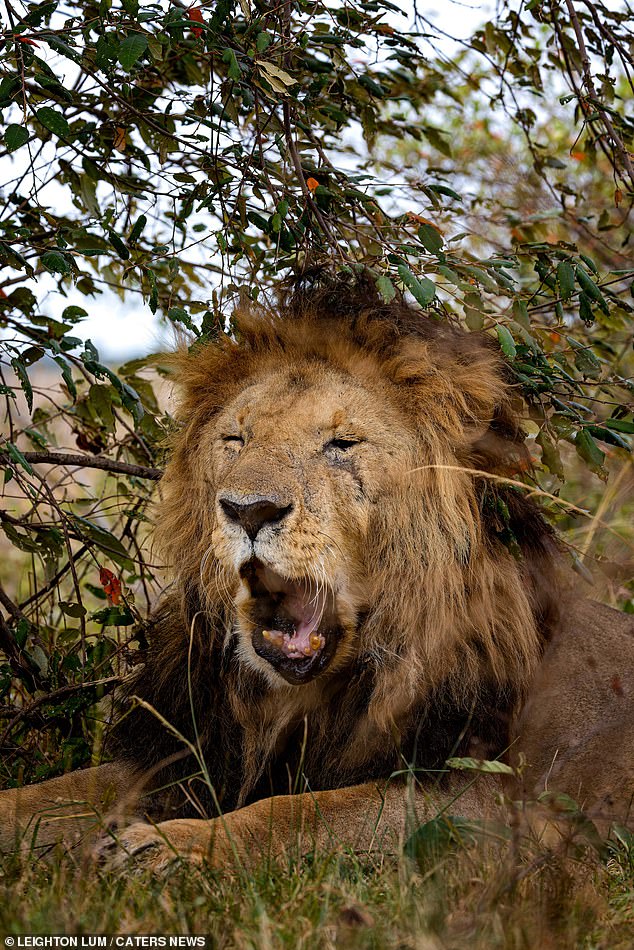 ‘In general, adult male lions are lazy by nature and can sleep for 20 hours a day! We spotted him in the morning, then went back at the very end of the day only to find him no more than 15ft from where we left him.’